Two quizzes for the price of one

A little appeasement-of-the-minors can do a quiz club no harm, so this weekend the regular monthly quiz will be preceded by a special quiz just for the SEQC kids' contingent, who usually bravely endure stuff our quizmasters dish out that must be for them at times obscure, mind-numbingly difficult and even inappropriate from the birds-and-the-bees low down angle. As exercises in self-preservation go, this one is as good a move as any, and will hopefully pre-empt any threatened uprising in the minor ranks that might end with us oldies being strung from lampposts.

The kids having had their fun, SEQC will return to normal programming, R-rated questions and all.

Find additional information on both quizzes at this earlier post.
Posted by Rajiv D'Silva at 4:20 PM 3 comments:

Focus Pocus - A Quiz on Photography 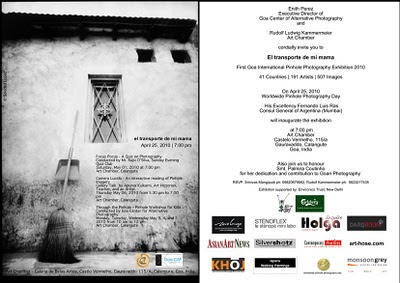 The May monster monthly

As announced during the April SEQC monthly, I'm planning to do a monster monthly on Sunday May 2. The SEQC calendar runs from June 1 to May 31, and as such this will be the last monthly of our second year. Here's what is planned:
* 4pm to 5.15pm -- the SEQC Kids Quiz
This will be meant for all school kids (home-schooled students are, of course, also welcome). The way we'll structure this quiz is to have rounds of different levels. The first three rounds of the quiz will have questions of the level of classes 8 and below; the final three rounds of classes 9 to 12 (of course, these will all be approximations, based on what I think students of these classes are likely to know). Though each team will have students of different classes, the younger kids will be encouraged to answer the easier questions and the older kids given a chance to enter the fray if the younger ones fail to answer. If all this sounds confusing, don't worry -- it will be clearer on the day.
Kids are requested to be at the CCP Hall by 3.45pm, as some time will go in dividing participants into appropriate teams. Parents and adults interested in watching will have the opportunity to win audience prizes.
* 5.15pm to 5.30pm: Refreshments break
This time around, there will be no break mid-quiz. We will also use this period to divvy up the teams.
* 5.30pm to 8pm: The SEQC May monthly
This too will be in a graded format, with the first three rounds being 'seedless' ones. I will draw up a list of SEQC members who will, if present, be part of the teams, but not be a direct part of the first three rounds (though they will have their own contribution to make). Again, I'll explain how this will work on the day. The idea is to have some rounds where those who don't always get into the thick of quizzing take centrestage.
With so much at stake, I intend to be very punctual, and barring cosmic upheavals, everything will start on time (or earlier). A bed of coals will be laid outside the main door of the hall, and lit on fire once a quiz begins, so latecomers will have to walk over this if they want to be part of the action.
Posted by Anniesen at 7:09 PM 3 comments:

A bit of BITS flavour for SEQC

The raucous, boisterous and fractious contingent from BITS Pilani (Goa campus – incidentally, why is this institution defined by the location of its parent body?Why not just BITS, Goa, like IIT followed by the place the particular IIT is located?) has added much colour, quality and chaos in the past few months that it has been attending SEQC quizzes.
For the April monthly SEQC quiz, the BITS gang was there in strength, and as usual made a big impact on the quiz, having among their numbers many good quizzers. And – wonder of wonders, miracle of miracles – their fractiousness was firmly in check, with no complex arguments over every decision by the QM. They have clearly accepted the spirit of SEQC – while we all quiz to win, it’s just a game, and the main point is to enjoy oneself! Besides, the quizmaster this time round was a BITSian himself, Ajachi Chakraborti, who maintained discipline with a firm hand, probably using tricks gleaned from watching his teachers at BITS in action.
Coming to the quizzing action itself, Ajachi provided an excellent quiz, with 60 questions, divided into groups of 30 each, with each group having its own theme-based connect. The questions were interesting, sometimes fascinating, and a good time was had by all. Both the themes were cleverly devised – logical, without being obvious. There was some patchiness in the quiz, with a few questions being absolute sitters. For example, the answer to the question about Alberto Fujimori, which covered the whole of a slide in fine print, was obvious by line 3.
But those are minor quibbles about what, by popular acclaim, a superb quiz. Ajachi said that he had devised it in 3 days, a claim that one is advised to take with a bucketful of salt. Okay, maybe he actually put it together in 3 days, given that his computer got fried on April Fools’ Day, but many of the questions must have been simmering in his head for some time.
The competition was sharp, and fortunes fluctuated throughout the evening. Team 6 managed to overcome the huge handicap imposed by the presence of Aniruddha Sen Gupta and triumphed convincingly, much to the credit of the other team members who had to cope with this particular albatross round their necks. There was a dead heat between two teams for second place, and the other teams followed close behind.
The young quizzers in SEQC have been put in a sterling performance as QMs – the quizzes by Amit Shet, Navin Pai, Srikant Subramaniam and now Ajachi were all very good – and the old fogeys in SEQC better put in some effort if they are not to be completely overshadowed. That the said ofs are feeling the heat is clear from the fact that monstrous Annie, who is the QM for the May monthly (the closing monthly of SEQC year 2009-10), has promised to deliver a ‘monster’ quiz. We can hardly wait, Annie – bring it on!
Meanwhile, as we move into the last lap of SEQC year 2, Annie has for the first time got his nose ahead of Rajiv on the leaderboard. Maybe this year Annie will be the champion, rather than Rajiv doing a repeat? This two-horse race is going to be a contest worth watching.
Posted by Groucho at 12:19 PM 4 comments:

The next monthly quiz, the last of the SEQC year, will be held on the 2nd of May, to be QMed by Aniruddha Sen Gupta.
Posted by Rajiv D'Silva at 3:37 PM No comments: