The inaugural foray of Tata Crucible Campus into Goa took place on the 24th of February 2009. The turnout was good (49 teams) considering it was the quiz's first time here, and teams came from as far away as Belgaum, Karwar & Surathkal. (Which are not that far away, I know). The 20-question prelims were a tad on the easier side - even for a college quiz - but I suppose being a first time venue, Greycaps were unsure of what kind of quality to expect. The cut-off was 16, and six teams qualified for the Wild Card round -
1. Nitiksh & Pratyush (Goa Institute of Management, Ribandar)
2. Sagar & Ishant (Padre Conceicao College of Engineering, Verna)
3. Abhishek & Pooja Kamath (GIM)
4. Sunit Thomas & Joshan Cherian (Birla Institute of Technology & Science, Zuarinagar)
5. Ankush & Nishanth (GIM)
6. Shalini & Surabhi (BITS)

In the final, the NITK team took an early lead with some good answers and kept that lead throughout to emerge winners. The team from GIM (Abhishek & Pooja) finished runners-up.

1. Visual – Kamal Nath
2. Raj Kundra was in the news recently for acquiring a stake in which IPL team? – Rajasthan Royals
3. Glucon D is a brand owned by which company? – Heinz
4. Visual of print campaign featuring Beyonce Knowles – L’Oreal
5. Kasturi & Sons are the parent company behind which famous newspaper? – The Hindu
6. “Better Sound Through Research” – Bose
7. Logo – Obama Campaign
8. Frito Lays, Quaker Oats, Gatorade are all owned by which company? – Pepsico
9. Whose book is Straight From The Gut? – Jack Welch
10. Logo (Tux the penguin) – Linux
11. Aveo is a car from which global giant in India? – Chevrolet
12. Ngultrum is the currency of which country? – Bhutan
13. Visual of cover of Newsweek. – Donald Trump
14. Visual – Varghese Kurien
15. If Samsung is to Chelsea, who is to Liverpool? – Carlsberg
16. Visual of an online banner ad. – Bharatmatrimony.com
17. Kings and Leela’s Rio are new entrants into which business in Goa? – Casinos
18. Which airport in India operates from a military airbase called INS Hansa? – Dabolim/Goa Airport
19. TVC – HSBC
20. TVC – LIC

Wild Card Round: (8 questions on the buzzer, +1/-1)
1. If CD is Compact Disc and DVD is Digital Versatile Disc, what is BD? – Blu-ray Disc
2. “Seedhi baat, no bakwaas” – Sprite
3. It was created for 35$... – Nike Swoosh
4. This brand had a problem because the name they chose clashed with that of a move in wrestling. The move in question was called ‘shuffle’. Which brand? – Apple iPod
5. Which unlikely company manufactures a soap brand called Santoor? – Wipro
6. Which company built the Lotus Temple and the Bridge on the River Kwai? – L&T
7. Expand SEBI – Securities & Exchange Board of India

FINAL
Round 1 – The A-Mazing World (6 questions on D&P, +10)
1. In 1997, and Indian entrepreneur convinced Antoine Bagche from Vienna to invest in his ‘bread business’ in India, thus creating a well-known brand in the food business. Which one? – Pizza Corner
2. What term comes from the Latin phrase meaning “course of life” and the French for “summary”? – Curriculum Vitae/Resume
3. In 1925, an architect named Arthur Heineman designed something that started of a new concept in the travel and hospitality business. What? – Motel
4. In 1982, an accountant named Ramachandran was carrying out chemical trading for his clients, when he was left with unpaid bills and unutilized stock. What company did he create to utilize the chemicals that he was in possession of? – Jyothi Laboratories
5. Connect – 1971, Cambridge – Massachusetts, Bolt, Bernach & Newman – The first email
6. Which TV campaign was shot in Capetown, South Africa at a cost of 2.5 crore and used racers named….? – Bajaj Pulsar Mania

Round 2 – A-Mazing Identity (6 visual questions on D&P, +10)
1. Visual of some coins which created a problem in some parts of India and RBI had to take steps to take them out of circulation. – They were Portuguese era coins that came from Goa and were sold by weight to people in Gujarat who used them to throw into the Narmada as part of some cleansing ritual.
2. Visual – Naina Lal Kidwai
3. Print ad – Durex
4. Print ad – United Colours of Benetton
5. Logo – Salgaocar Group
6. Statue of a man sitting with Minnie Mouse – Roy Disney

Round 5 – A-Mazing Deductions (3 three-clues questions, +15,+10,+5/-10)
1. i) It was started in 1965 as a vision of Lal Bahadur Shastri
ii) It pioneered the White Revolution in India
iii) Its founder Chairman was Dr. Varghese Kurien - National Dairy Development Board

3. i) This device was originally used on aircraft to guide missiles to their target. - The joystick
Posted by Rajiv D'Silva at 4:31 PM 2 comments:

...and Annie gave it to us ones

A report on the February 2009 Quiz by Harshvardhan Bhatkuly.

What an evening that was! (silly me, that I can't include the OTR dinner bit in this reflection as I had to leave early). The February '09 version of SEQC is widely looked upon as the magnum opus for this season. What with Anniruddha – SEQC's leading quiz light doing the honours at his Porvorim residence. In tow were the gracious hostess – wife Anjali and the four four-legged members of SEQC who are yet to feature on the leaderboard – Bhalu, Hero, Jaya and Chipko. As promised, the quiz was a heavy dose of audio visual extravagance. Annie would have stretched for another hour or so, if not for the time restrictions that some members had.
The session started well on time and went on for a mammoth 2 and a half hours. The length of a standard Hindi feature film. Yes there were song and dance too – albeit among the questions. Annie's forte as the master quizzer comes to fore, when you realize the body of subjects that he attempts. And there were usual Annieisms – the first question for instance (the answer being ANNIES) which was lapped by the eventual winning team led by Rajiv with Sunil, Renuka and young Jayant in tow who incidentally gave a cracker of a 'Papua New Guinea' answer.
Another aspect of the quiz which had everyone eating out of the QMs was the quality of questions that had answers in the 'aaha' factor into it. Annie also wonderfully meshed a supplementary question when he thought a question could have something more hidden into it. The 'Who dis? Wat that?', 'Flag March' 'Other Lives' and 'A sense of Place' were extremely interesting, interactive (remember Josef Mengele and the lost/removed 'one'?) and educative. All at the same time.
The quiz had some serious firsts. It had, as mentioned earlier, broken the humans-only barrier; there were more people in the room than ever before at a SEQC event; the lengthiest quiz so far; the only all visual quiz, the use of J L Baird's Idiot Box as an interface – a welcome change from the laptops or chits. Frankly, this is the quiz to beat. Annie has raised the bar of the club and more power to him.
Also let me welcome on board all the newcomers Devinder Nagi, Smita Kaushik, B.S. Nagraj, Ulrike Rodrigues, Esperance Rolt and Rohan Rolt.
Posted by Rajiv D'Silva at 3:48 PM 1 comment:

The Goa Institute of Management's annual business quiz will be held on the 28th of Feb 2009. Coming close on the heels of Tata Crucible Campus' Goa round on the 24th, it will mark an unusually busy week for quizzing in Goa.

Avinash's quizzes are usually very interesting - his content is normally quite high on the 'Aha!' factor, so its definitely worth a dekko even if one is not into business quizzing.
Posted by Rajiv D'Silva at 1:18 AM No comments:

With Hash being appointed the designated reviewer yesterday, all I'm left with is to post the results.

The overall league positions are as tight as ever, but to see that for yourself, you'll have to go here. That d#%m league table is getting so unwieldy, I can't find a way to post it here with reasonable clarity.

The next quiz will be held on the 8th of March 2009 at PD & Soraya's place in Bambolim. Ameya will QM and try to throw in some Women's Day Special questions without getting beaten up by the womenfolk at SEQC. May the force be with him.
Posted by Rajiv D'Silva at 11:14 AM 2 comments:

Quiz 9 - In Which Annie Gives It Those Ones

Yeah, it was inevitable that that line would be used sooner or later, given Mr. Sen Gupta's nickname. And Annie, in this case, promises that 'those ones' will be mostly audiovisual ones, so don't forget your glasses at home.

Date: 8th February 2009
Time: 5.00 pm. The quiz will start at 5.15 sharp. Latecomers will be added to the teams in an annoyingly arbitrary manner, so come on time ;).
QM: Aniruddha Sen Gupta
Flavour: Very very audiovisual
Venue: The Sen Gupta House, Porvorim
How to get there: If you're coming from Panjim, come north on NH17 heading towards Mapusa. After you pass the Coqueiro Circle, keep coming straight past the Holy Family Church (the next major landmark) which will come up on your left. About half a km north of the church, the road goes over a slight rise, with a Mercedes showroom to the left. Continue on the highway as it starts heading down, then take the first turn off to the right (it's next to a big commercial complex called the LaJoye Complex). Then take the first turn left, which is just a few metres up this road (don't go up to the top of the road -- if you can see the Holy Family School, you've gone too far). This is a narrowish lane. Annie's is the ninth or tenth plot on the right, diagonally across from an apartment complex called Karapurkar Residency. It's a cream-and-red bungalow, and you should be able to spot a black Scorpio in the grounds.

If you're coming south from Mapusa on NH17, turn left off the highway next to the Damian de Goa showroom. Then take the first turn right, opposite a cross and next to a small shop called Clyde's Shop. Annie's is the fourth plot on the left, next to an apartment complex called Datta Apartments. If you're somewhere nearby and lost, call 2415449 or 9860089733.

So far so good, now here's the kicker. On the gateway to Annie & Anjali's house you will find a plaster version of this rather enigmatic coat of arms: 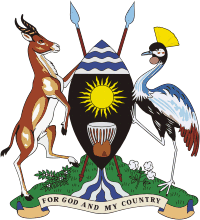 When you get past the gate, knock three times on the main door. A hushed voice from indoors will ask, "Password?". Then you say the name of the country that this coat of arms belongs to. If you have the right answer you will be admitted in and we will begin the cleansing rituals, but the wrong answer will win you some quality time with Annie's four dogs.

Alternatively, if you don't fancy this Secret-Seven-meets-Ku-Klux-Klan twist in the proceedings, walk right in.

Posted by Rajiv D'Silva at 8:53 PM No comments: