Savaged by the Monster

With Annie having decided to name himself a Quiz Monster, and plenty of people willing to get mauled by this ogre, a full day binge of quizzing was on the cards, QMd by Annie (who after a long night of preparation, looked suitably monstrous).
The orgy began at noon or so, and continued through the day till around 8 pm with breaks for lunch and tea (not to forget nicotine). For the morning and afternoon sessions there were twelve quizzers, and they were given a treat by the wild-haired QM. The evening was the monthly SEQC quiz, for which many more people turned up, though attendance was low by usual standards, maybe it’s the heat or something.
The quiz was superb, heavy on literature (pre-1900s), history (largely medieval), and mythology (Greek, Roman and Norse). This made a refreshing change from the current fashion in quizzes to focus on current affairs trivia and ephemeral celebrity. But the difficulty level was high, as can be seen from the fact that only 34 of the 60 questions for the evening SEQC questions were answered by quizzers. The morning (12–2 pm) was a little easier, but the afternoon quiz was really tough and the most common reaction to most of the question was along the lines of Big Moose. This, as Annie said, was probably because he hadn’t refined the questions sufficiently yet, and figured out just how much data to provide.
Niyati provided an entertaining mini quiz in mid-afternoon, the points of which were added to the afternoon quiz tally.
Anjali and Annie provided their usual hospitality, and we all felt so comfortable and relaxed that we didn’t want to leave. How Annie thinks of all these questions, I don’t know. But no complaints, as long as he’s ready to provide, he has a willing audience.
The quiz was won by – no prizes for guessing – Rajiv. This is getting monotonous, he’s won the last three in a row, and with just one quiz to go for grand season 2008-09 to end, he’s as good as wrapped up the winner’s crown, all he has to do is turn up for Sunil’s quiz on 17 May. We’ve got to do something about this – in case all else fails, I would recommend a full frontal lobotomy.
Since the 17th completes one year of SEQC, let’s make plans for next year that day. I suggest that QMs be given 4 points – we’re undervaluing the work involved, and handicapping those enthusiastic to QM.
One final question – er, when’s the next Day of the Monster Quiz?
Posted by Groucho at 11:31 AM 3 comments:

As specialized quizzes go, a frog quiz is as specialized as they get. Those enigmatic amphibians will get dissected in a rather more pleasant manner than they are used to, at a quiz to be held as part of the 'Save the Frog' campaign. One need not be a herpetologist to participate. In fact, herpetologists might be at a distinct disadvantage ;-). 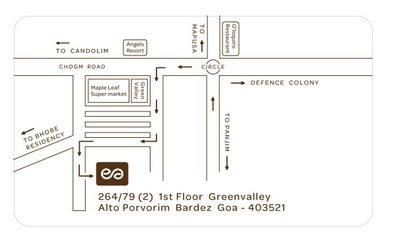 Posted by Rajiv D'Silva at 1:47 AM No comments:

Dawn To Dusk Quizzing (Give or take a few hours)

Here are the results of the quizzes held last Sunday, billed the Day of the Quiz Monster. The first one, that started in the morning and ended in the evening, was an 'unofficial' one, which means that it did not carry any leaderboard points. This was followed by the 'official' April quiz.

A complete report will be posted in due course by Vidyadhar. Find the updated league table here. The next quiz will be held on the 17th of May, Sunil Sardessai will don the quizmaster's mantle.
Posted by Rajiv D'Silva at 1:06 AM No comments:

The SEQC monthly quiz for April will be the highlight event on what has been billed as the Day of the Quiz Monster. There will be two other quiz-based events on the same day, at 11am and 2.30pm. You are invited to attend any or all of them, and to stay for the lunch and tea that will fall in between the events. These events, too, like the evening session, will be conducted by Annie, but if anyone wants to contribute a round during these, they are welcome to do so.

Date: 26th April 2009
Time: 5 pm
QM: Annie
Flavour: General, with the theme 'Streams of Consciousness'.
Venue: Annie and Anjali's place, 'Philips Cottage', Porvorim
How To Get There: If you're coming from Panjim, come north on NH17 heading towards Mapusa. After you pass the Coqueiro Circle, keep coming straight past the Holy Family Church (the next major landmark) which will come up on your left. About half a km north of the church, the road goes over a slight rise, with a Mercedes showroom to the left. Continue on the highway as it starts heading down, then take the first turn off to the right (it's next to a big commercial complex called the LaJoye Complex). Then take the first turn left, which is just a few metres up this road (don't go up to the top of the road -- if you can see the Holy Family School, you've gone too far). This is a narrowish lane. Annie's is the ninth or tenth plot on the right, diagonally across from an apartment complex called Karapurkar Residency. It's a cream-and-red bungalow, and you should be able to spot a black Scorpio in the grounds.

If you're coming south from Mapusa on NH17, turn left off the highway next to the Damian de Goa showroom. Then take the first turn right, opposite a cross and next to a small shop called Clyde's Shop. Annie's is the fourth plot on the left, next to an apartment complex called Datta Apartments. If you're somewhere nearby and lost, call 2415449 or 9860089733.
Posted by Anniesen at 10:49 AM No comments:

Well, our best laid plans to have the monthly scheduled quiz this Sunday at Sunil's have been ganged agley, as aft happens. Or is it afted agley? Never mind, you get the drift. This Sunday the SEQC will hold a quiz as part of the 'Picnic On The Beach', an event being held to regain public control of Vainguinim Beach at Dona Paula. For those who came in late, here's what its all about. Once upon a time Vainguinim Beach was your typical idyllic Goan village beach. Then one day, along came Fomento Resorts and built the Cidade De Goa, blocking public access to a publicly-owned beach. Many years, court cases and subterfuges later, it is time for the people to reclaim Vainguinim Beach right under the very noses of Fomento Resorts.

Date: 19th April 2009
Time: 5 pm
QM: Several
Flavour: General, but 'People's Movements' will be an underlying theme.
Venue: Vainguinim Beach, Dona Paula
How To Get There: You ought to be able to get to Cidade De Goa without any difficulty, I'm assuming. If you don't know it, ask for directions when you get to Dona Paula, it is a landmark in the area. Now I don't know which is the 'official' public access, but if you walk across their lobby and pool area, and you'll find yourself on the beach. Once you're there, and have successfully waded past the musicians, activists and other assorted do-gooders, find out where the quiz is happening.
Posted by Rajiv D'Silva at 7:41 AM No comments: